Most of former Cascade titles on their own

Last year, publisher Cascade was taken over by Medialaan-De Persgroep. The new owner of the magazines Eos, Motoren & Toerisme, For Girls Only, Bahamontes & Primo finally sells most of the titles. Only Primo is included in the Medialaan-DPP portofolio. A non profit association, Eos Wetenschap, is taking Eos over in the aim of promoting science and technology in Flanders.

The remaining magazines:  Motoren & Toerisme, For Girls Only and Bahamontes will be owned by De Deeluitgeverij. Ad sales will be operated by this company. 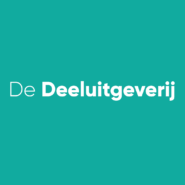