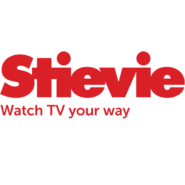 DPG reports they prefer to focus on their VTM GO application as well as on the future "Flemish Netflix". DPG and Telenet are about to launch a premium streaming service later this year.